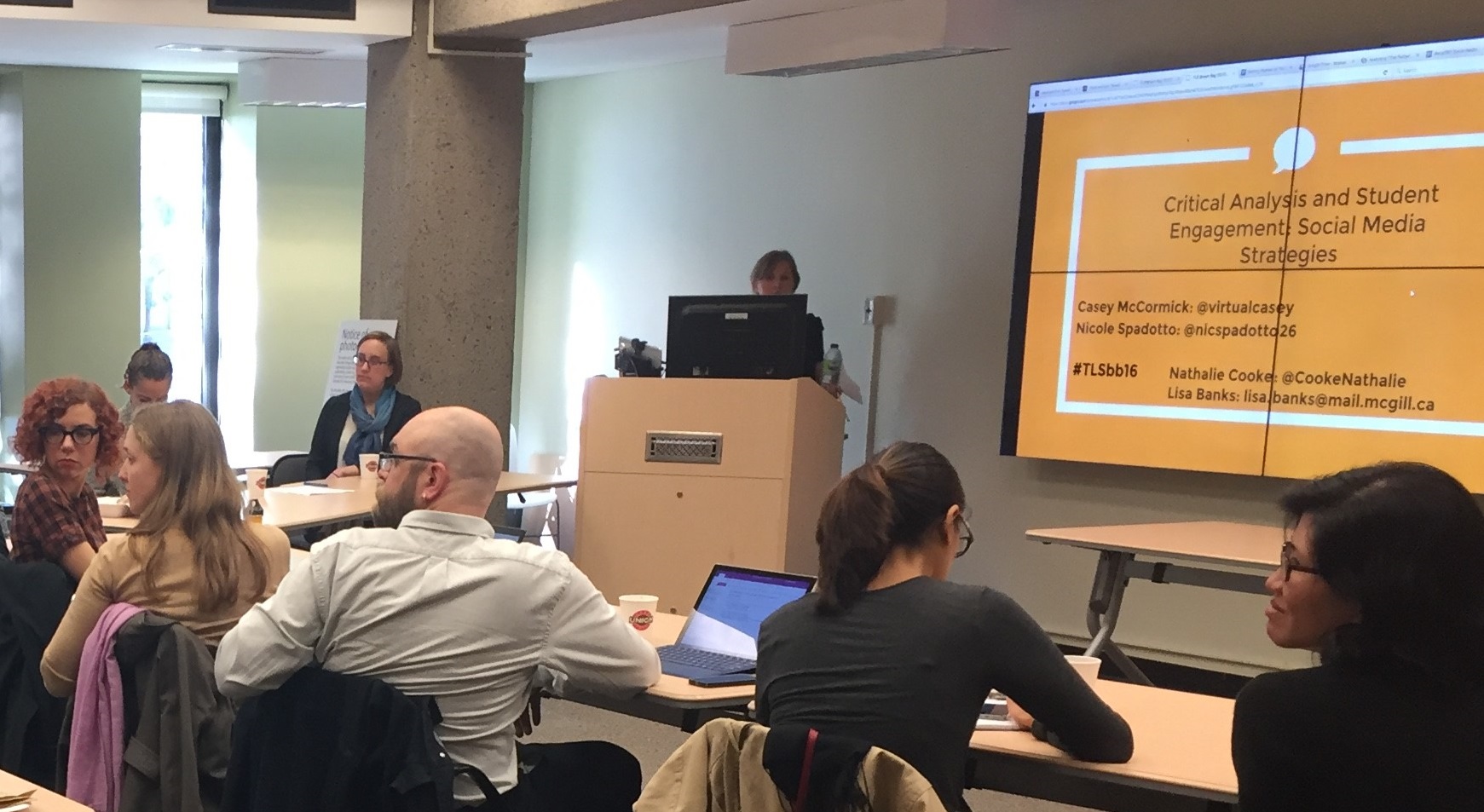 This post, featuring Casey McCormick, a PhD candidate and course lecturer in Cultural Studies, and Dr. Nathalie Cooke, a professor in the English Department and Associate Dean, McGill Library, Archives & Rare Collections, is the latest installment in our ongoing series about assessment tools for large classes. On October 17, 2016, Casey and Prof. Cooke were the guest speakers at a session entitled Critical Analysis and Student Engagement: Social Media Strategies. This post provides a summary of the session and access their presentation slides, which include hyperlinks to their assignment details and assessment rubrics.

How can social media be brought into the classroom—not as an obstacle to learning, but as a tool to serve a learning purpose? Casey began the session (download the slides) with a rundown of her Social Media Artifact assignment. She assigned her undergraduate students the task of creating cultural artifacts that offer “interesting analysis of course content.” Students have a choice of different social media tools to perform the analysis. An example was using a multimedia blog to create a timeline of a historical phenomenon. Doing multimodal analysis means students have to creatively use images and sound to frame their arguments, thus encouraging inventive ways of arguing that extend beyond the typical essay. Students’ artifacts are assessed based on creativity; mechanics for following the assignment directions; and relevance to course material.

Nicole Spadotto, a former undergraduate student of Casey’s, described her project as a live-tweeting of her readings. She had the challenge of condensing an analysis that would typically be a paragraph long into something not only 140 characters short, but also something interesting enough to capture the Twitter community’s interest. This taught her the value of brevity and the skill of stringing concise arguments together in the most efficient way possible. Tweeting meant she was engaged both in and outside of the classroom, enabling deep learning that she had not experienced with traditional assignments. A highlight was exchanging tweets with the author who had written the “artifact” itself.

“Character Tweeting” is a Twitter-based assignment that was described by Prof. Cooke. For this assignment, which was directly influenced by Casey’s teaching and learning use of social media, Prof. Cooke assigned her graduate seminar students the task of picking a character and tweeting as its persona. To lower students’ “fear” factor regarding this novel assignment, 40% of the grade was allocated to mastering technical criteria, such as the number of tweets, the number of characters, and the creation of an appropriate Twitter handle.

Lisa, a graduate student who took Prof. Cooke’s class, learned to use Twitter specifically for the assignment. Lisa chose to tweet from the persona of Henry Gursky, a character from Solomon Gursky Was Here by Mordecai Richler. Lisa transplanted Henry Gursky, a Jewish man living in the Arctic, into the 20th century context and tweeted from this new perspective. Although she was initially skeptical about Twitter, the assignment and interaction with her classmates turned out to be really fun. She applied her training in close reading to effectively roleplay her character, exploring nuanced dimensions of Henry Gursky.

A major theme which ran through the presentation was the value of writing concisely. With only the handful of essays students write per semester, students receive few opportunities to practice this skill. On the other hand, the social media assignments allow students to flex these “concision” muscles through every single tweet. These two assignments, requiring students to engage in a dialogue with the larger public and to speak out from the stance of an adopted persona, reduce the amount of jargon and necessitate accessible language.

Pushing outside of traditional academic writing, although uncomfortable, turned out to be rewarding for both Nicole and Lisa. Simply by changing the medium of communication made a difference to how they processed class material both in and out of the classroom. Nicole mentioned how different the creative process was from running through class notes a day before the midterm. Students were also able to provide peer-feedback in interesting ways. For example, Lisa recalled a moment where a student provided constructive feedback to an out-of-character tweet by tweeting, “That doesn’t sound like you. Are you okay today?”

The Q and A session brought up several concerns with using social media. One concern was with some professors’ unfamiliarity with the “digital” terrain and the credibility gap in such situations. While digital literacy workshops for faculty would be wonderful, Casey stated the important point that some students are also strangers to these social media platforms. These assignments give students and professors a chance to acquire digital literacy skills together.

Another concern was with the privacy of students: How can we maintain the privacy of the students’ identities on an open, public social media platform? Casey explained that most of her students set up separate “assignment” accounts from their personal ones. She also makes it clear at the beginning of each semester that students are able to opt out of public engagement by creating private accounts—even if this means losing out on the feedback from and dialogues with an audience other than the instructor.

Finally, the question of evaluation was raised: How can we evaluate digital assignments such as these? Casey and Prof. Cooke mentioned that creativity can sometimes lead to a reduced focus on course content. However, using comprehensive grading rubrics which include criteria related to adopting the technical aspects of social media tools can ease students into this new medium. Nicole mentioned that becoming comfortable with the tools is also a matter of practice: because Casey’s artifact assignments are designed to be small and recurrent, students are able to improve the balance between addressing course content and creativity over time.

It is natural to encounter growing pains with new styles of assessments, especially with the vast and versatile social media tools available. However, this session has shown that social media can stimulate a release of new ways to learn and convey information, benefitting both professors and students. 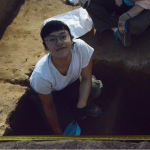 Reaching the end of my time as a McGill undergrad. B.A. Honours in sociology, minor in GIS/remote sensing with an intense avocational pursuit of Chinese archaeology.

This author does not have any more posts.