Here’s an article I received from the “Tomorrow’s Professor Blog” run by Rick Reis. Getting students to invest in their educations intellectually is an excellent predictor of success. Who knew? Maybe this is the best argument I’ve seen for why we should get students interested in research as soon as possible.  Show them that the edge of human knowledge is the best place to be if curiosity is the driver of educational excellence. Not sure how MOOCs will do this- but face to face this works wonders.

The posting below looks at the importance of curiosity in academic performance. It is prepared by the Research and Evaluation Team, Office of Information Technology,(http://www.oit.umn.edu/research-evaluation/). University of Minnesota – Twin Cities. http://z.umn.edu/research. In an effort to make research in the educational technology field more accessible, OIT\’s Research & Evaluation team produces frequent brief synopses of important recent studies. These synopses may be freely shared and used for non-profit academic purposes. http://z.umn.edu/briefs. For further information contact Dr. J.D. Walker (jdwalker@umn.edu).

Is Intellectual Curiosity a Strong Predictor For Academic Performance?

What Does Research Tell us about Academic Performance and Curiosity

For better or worse, academic performance has long stood as a proxy for general aptitude. To understand what factors affect academic performance gives us a better understanding of how instructors can help students achieve their greatest potential in college. Empirical evidence strongly suggests that academic performance can be predicted by a combination of cognitive ability (or intelligence) and effort. Non-ability personality traits, such as effort, can be potentially more meaningful than intelligence because less able students can compensate for lower levels of cognitive ability by becoming more conscientious, studying harder, and paying greater attention to details and rules. Beyond cognitive ability and effort, researchers look to so-called investment traits to explain inter-individual differences among people’s drive to pursue, enjoy, and engage in learning opportunities. Intellectual curiosity conveniently describes this impulse, as does the researcher’s titular phrase, “the hungry mind.” Like cognitive ability and effort, intellectual curiosity positively associates with academic performance.

Several instruments have been developed to measure something like curiosity. The “Need for Cognition” scale measures the “tendency for an individual to engage in and enjoy thinking” (Cacioppo 81 Petty, 1982, p. 116). The “Typical Intellectual Engagement” (TIE) scale was designed to “differentiate among individuals in their typical expression of a desire to engage and understand their world, their interest in a wide variety of things, and their preference for a complete understanding of a complex topic or problem, a need to know….” (Goff and Ackerman, 1992, p. S39). Because these measures have similar conceptual underpinnings and share criteria validity for academic performance and intelligence, they appear to measure the same trait dimension, and, therefore, studies that use these scales can be rolled into a meta-analysis.

To investigate whether curiosity is a strong determinant for academic performance, Von Stumm, Hell, & Chamorro-Premuzic extracted correlation coefficients from three previous studies and performed four meta-analyses that focused on TIE to stand in for curiosity. For the new TIE meta-analyses, the researchers selected 11 studies (including several in which one of the authors had participated). They excluded studies that did not include empirical data, did not include zero-order correlations, or included previously reported data. In these studies, academic performance was expressed as either grade point average or an academic performance composite. From the extracted correlation coefficients and the new meta-analyses, the authors created five path models using a stepwise process, settling on a single, best-ﬁt model.

The authors suggest several important ramiﬁcations of this ﬁnding.

• Academic performance can be increased if students’ intellectual curiosity is regularly renewed and stimulated. Thus, students should be encouraged to follow   challenging paths and not be exclusively rewarded for their “acquiescent application of intelligence and effort.” Universities and colleges should seek to exploit   opportunities to inspire curiosity and reward productive novelty.

• Admissions officers should pay attention to intellectual curiosity as a strong predictor of potential.

• Future studies to examine predictors of academic success should seek to expand their range beyond intelligence and effort.

Technology may have a role in cultivating curiosity by providing greater access to new information, new ways to participate in culture through new media (Jensen et al, 2006), and novel methods of visualizing data. Curiosity might also have a role to play in orienting students toward life-long learning, which has already been shown to be inﬂuenced by such pedagogical practices as active learning, reflection, and tasks that encourage perspective-taking (Mayhew, M.J., Wolniak, G.C., & Pascarella, 2008).

As the authors note, the study is constrained by several factors, including the quality of the original studies in the meta-analyses. Further, only conscientiousness was used as a proxy for effort, ignoring academic motivation, self-efficacy, and ambition. The study also did not consider the cumulative effect of success as an ongoing magniﬁer for conscientiousness and curiosity. To correct for this, another study would have to consider the longitudinal effects of an academic course of study and not a single moment. Finally, the authors concede that despite the encouraging results that showed that conscientiousness and intellectual curiosity combined inﬂuenced academic performance to the same degree as intelligence, other variables likely to have an effect, such as choice of subject, socio-economic status, self-confidence, etc., were not factored into a final model. Seen in the context of these limitations, the study directs researchers to continue to explore the nexus of non-ability personality traits with intelligence to predict academic performance. 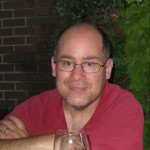 0 comments on “Is Intellectual Curiosity a Strong Predictor For Academic Performance?”