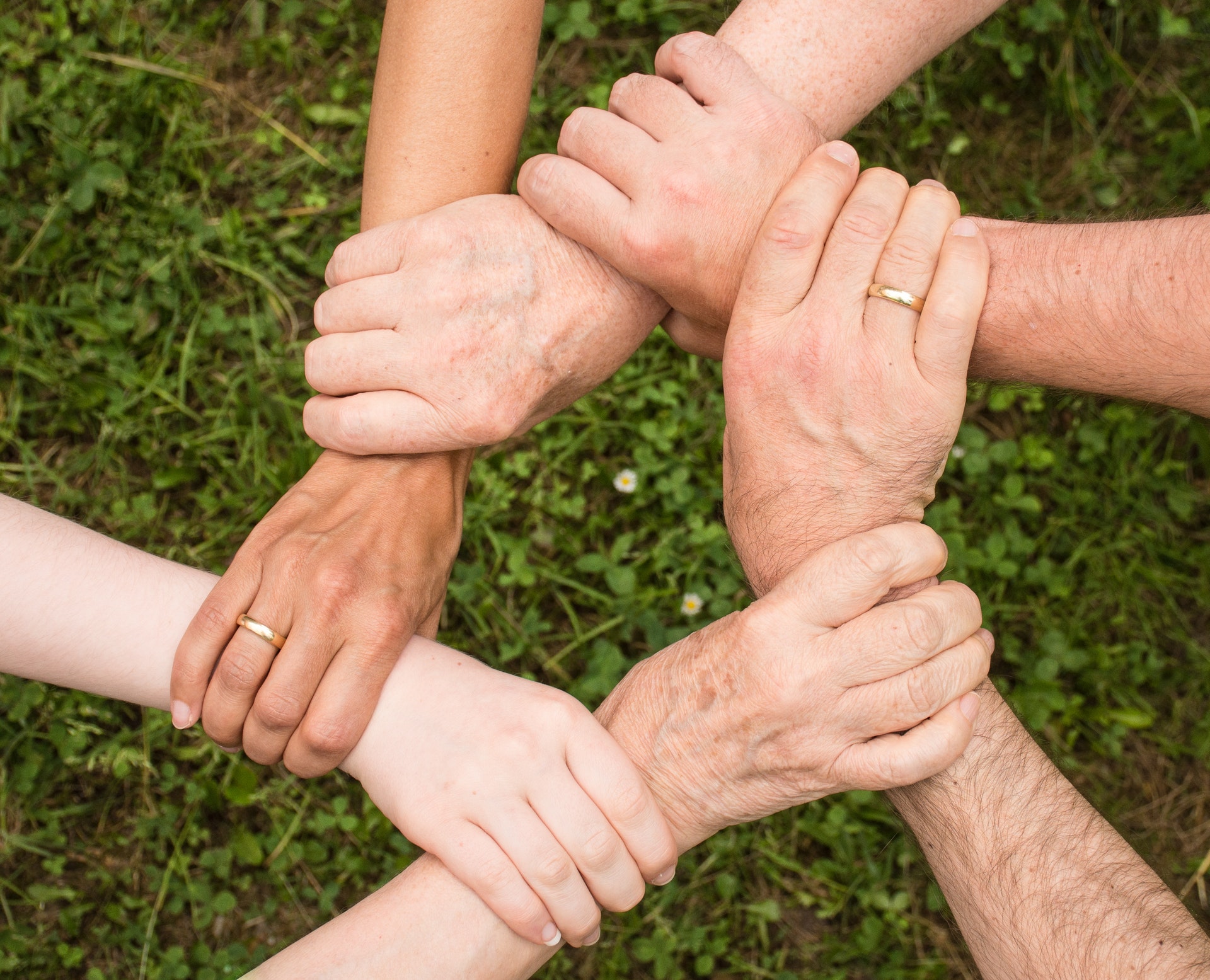 One of the things I really enjoy about working at Teaching and Learning Services is having the opportunity to talk with instructors about their teaching. Awhile back, I spoke with Professor Aaron Mills about his approach to teaching an Anishinaabe law course [LAWG 508D, Indigenous Constitutionalism] in the McGill Faculty of Law. The following is an abbreviated version of our conversation about teaching and learning in circle, a strategy that completely changes how students engage with one another and with the instructor. In a forthcoming companion post, Aaron shares more about setting the tone as a facilitator, speaks to cultural appropriation, and frames teaching and learning around relationship and gifts. In the current remote teaching and learning context, reflections on how students and instructors engage with one another, approaches to facilitation, and the importance of relationships take on particular resonance.

Jennie (J): Could you describe your course?

Aaron (A): The course lasts a full year, and is designed to introduce students to some foundations for understanding Anishinaabe law in particular; that’s my background and those are my teachings. The deep pedagogical challenge is that for Anishinaabeg, ‘law’ has a different meaning and purpose than it does in the common law and civil law traditions (which McGill law has considerable strength in teaching).

The first semester is spent disclosing and developing Anishinaabe law – the worldview context that enables learning about it and then the practice of Anishinaabe law. I teach students to learn how to learn about Anishinaabe law. We can’t just get started learning, because that would be me taking for granted that students are already equipped to do so. And since most of them aren’t, they would misunderstand, and in some cases, probably systematically misread what the course is about.

There’s a significant amount of cultural knowledge and cultural practice that aligns with the common law and the civil law traditions, which students bring to their studies – many of them probably unknowingly. They haven’t had to reflect on the fact that there are certain baseline understandings which enable their capacity to learn about the common law and civil law traditions. That background generally is not there, vis-à-vis Indigenous systems of law, and Anishinaabe law specifically.

The second semester is spent on all sorts of issues arising: the question of power in Anishinaabe law, how Anishinaabe law relates to treaties, how it relates to activist communities and call-out culture; how it relates to the state, or the common law and civil law traditions; what it means for Indigenous-settler reconciliation; where it places earth vis-à-vis law. All sorts of questions arise; we look at implications and applications.

No-one leaves my course as an expert. I am not an expert. It’s the beginning of a beginning, really, even though it’s a full year.

Teaching and learning in circle

J: How does the course take place?

A: The format of the course embodies the substance. It wouldn’t work, for instance, in a lecture format. The circle format we use is heavily inspired by circles I’ve experienced in my community, Couchiching First Nation, and which my grandmother has led. Her name’s Bessie Mainville; she’s originally from Manitou Rapids. One winter in particular, 2016-2017, we ran a series of circles over about four months. The organizing feature was aadizookaanag, or sacred stories, and they’re only supposed to be told in the wintertime, so that’s why we did it during that period. I built my pedagogy having learned the way that my grandmother runs a circle.

Now one of the central features is my bundle. My bundle is just so important for me that I can’t imagine teaching this course without it, but I’d be very interested to hear how folks who don’t have my cultural background might approach teaching a course like this. [Aaron begins showing and describing the different parts of the bundle he uses during class.]

We push all the tables back at the start, so they don’t serve as an obstacle between us, and put the chairs in a circle. We set out my star blanket in the middle of the circle. I need dedicated space for this course, and I don’t have it yet, so we make do. At the moment, the star blanket is getting progressively more dirty because I put it out on the floor of a regular classroom, so this will have to change to a more sustainable practice eventually. So I set out the star blanket, and then I place different items onto the blanket. Some will help us in an active way – so actually using the drum, while others will help in a passive way – they’ll be doing work which some of the students may not understand.

We always start with the smudge, and an invocation. I’m careful to explain that like most Indigenous peoples of Turtle Island, we understand the smudge as part of a way of being. I think the closest English expression I know is like a spiritual aspect of being a person. I would say we all have that – it doesn’t require belief in some transcendent being; it has to do with a way of engaging with the world, of understanding yourself in relation to it. I’m careful to explain that the smudge is not religion. But if it feels like an imposition to a student, they can just take a step back and that means whoever’s doing the smudge that week will go past them to the next person. For the invocation, no one’s required to believe in whomever is being appealed to that week (and it may not be any being in particular). Any student who wants to take a turn is invited to do so, although understandably some are shy to contribute in this particular way.

The smudge is not Indigenous magic. I’ve been taught to understand the world as a constellation of gifts. And the smudge is a gift. It helps improve any sort of impediment that is disrupting our baseline sense of balance. It doesn’t make any negativity or inner conflict dissipate, but it helps us to do that work ourselves. That’s why I start with that particular ceremony. I bring sage that I harvested from Treaty 3, where I’m from. It’s called mashkodewashk in Anishinaabemowin [in the Anishinaabe language].

The beautiful case for the smudge shell I use was a gift from last year’s class. I also have medicines here – sweetgrass, sage, tobacco – I don’t think I have any cedar here at the moment, though I do at home.

Here is a little blanket I usually rest my eagle feather and my talking stick on. It was gifted to me – these are all gifts – this one from an Algonquin woman, Kim Robinson. Here is my feather holder, I’m bear clan. And here is my feather, from elder Willie Wilson, Manitou Rapids. This feather is from Mama Bear – she welcomed me to the territory. It’s important to me that I always have this feather out as well, when I’m doing work here in Montreal.

And here is the drum. The drum’s name is Dewe’igan. People who grow up in the language, as opposed to folks who do the scholarly study of Algonquian languages, will often describe the connection between that first syllable, “De,” and ode’, which means heart. And the teaching around the hand drum often begins with the heartbeat of the earth, and there’s a connection made to a mother’s heartbeat. And sharing life pulsating outward.

The mechanics of the circle are fairly straightforward: We sit in a circle and pass the talking stick around it in one direction. For Anishinaabe it’s clockwise. For Haudenosaunee peoples, the territory we’re on here, the Kanien’kehá:ka, it’s counter-clockwise. I speak to that in our first gathering. I use a talking stick that was gifted to me from Danse Crowkiller, a Nuu-chah-nulth man. It’s about Indigenous law.  His perspective on how good relationships ought to function is symbolized in the relationship between the killer whale, the salmon and the grizzly figures carved on the talking stick. Only the person who holds the stick speaks.

The drum, the feather, the talking stick – these are all things to have a relationship with, not just tools or objects. That’s one of the blessings for me from the course actually: it’s a way for me to make use of them in a regular weekly way, and to sustain those relationships.

J: How do students participate in the circle?

A: We spend a fair bit of time in the first and second week talking about how to share effectively, and of course we’re doing this in an academic context, so that’s where I’ve had to make some adjustments from how my grandmother would do it.

I’m very careful to communicate to students that it’s not the case that more participation is better participation; it’s the quality of their interaction with one another that really counts. It’s okay to pass sometimes if they don’t feel they have something significant to contribute. And they are to strike a balance between introducing their own novel contributions, and then building on the contributions of others. I leave it for them to sort that through; I simply explain up-front the need to manage both kinds of interactions.

There are always assigned readings or videos. I often assign transcriptions from orations elders have given. That’s one of the pieces I’ve worked very hard to assemble over many years now. I’ll usually give some prompting questions at the start of the circle – and I’ll ask the students with no guidance from me, to ensure, among themselves, that those questions have been meaningfully addressed by the conclusion of our class that day. It probably means going twice around the circle, depending on the size of the class: the first hour and a half, a ten minute break, and the second hour and a half.

Some of the students, some of the time, will engage in a conventional, analytical sort of way. They work hard to draw out the relationships between the assigned readings for this class. Some will instead point out how a particular reading or video has helped them to understand an experience they’ve had in a new way. Some will build upon relationships between these readings and other things, such as comments that other folks in the circle have made, or insights from previous weeks. Some will problematize, or maybe draw out implications or assumptions.

I make it very clear that they don’t have to avoid a critical form of interaction. They are very welcome to express dissent with the texts that we’re interacting about, or with the perspectives of others on the course materials for that week; what matters is how they do so. Often at university, we disagree very directly, sometimes pointedly. We work very hard not to do that in the circle. We also don’t correct people who make mistakes; we allow them to learn from it themselves.

J: When students voice critiques without pointing out errors, what does that looks like?

A: There are different forms of indirect response:

Especially in an academic setting, we have to be able to critique. But it’s the “how-ness” of it that matters: everything turns on how it’s done.

Stay tuned for the next blog post, where Aaron shares more about setting the tone as a facilitator, avoiding cultural appropriation, and framing teaching and learning around relationship and gifts.